Buckwheat pancakes, savory steamed Buckwheat cake and more – this post is the 1st part that attempts to begin unleashing the powerful Buckwheat…

Ok – call me boring but one of my favorite things to do is walking down the aisles of grocery stores and discovering lesser known food items! And, if it is a small store with an informed owner manning it – even better! One such store that I love to visit on a lazy afternoon is ‘Bhavani Cash & Carry’ in Green Brook, NJ. The co-owner, Bela Patel is informed, helpful and an all-round good human being.

Over summer, she let Arjun and his dear friend Jack and fav cousin Soumya set up a Lemonade stand in front of the store and they raked in a tidy sum – half of which went to the FAI (Food Allergy Initiative) and FAAN (The Food Allergy Anaphylaxis Network). By the way, these two amazing organizations have joined forces to form FARE – ‘Food Allergy Research & Education’. Pheww – FARE would have been thrilled seeing 2 little boys chase down potential customers with a cup a lemonade 🙂 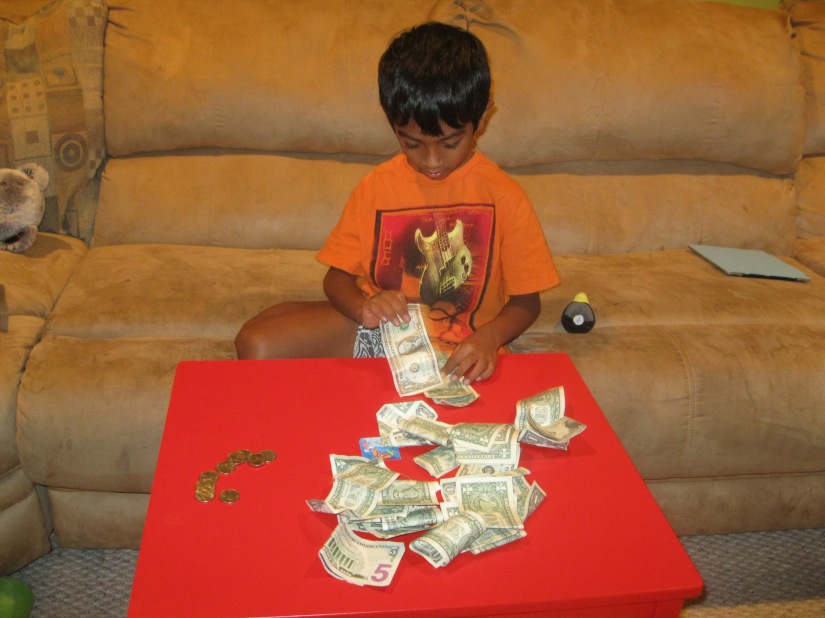 I am as usual totally digressing so back to the aisles of this Indian/ South Asian grocery store – a  few months ago, I found a packet of ‘Kutti Daro’ which looked suspiciously like Oats. Then Bela enlightened me – it was Buckwheat flakes. Now before I share the quick and wonderful recipe she told me about, I want to share the little bit I found about Buckwheat…

Despite its deceptive name – Buckwheat has nothing to do with wheat and is totally safe for those suffering from Celiac.  As a post on Oprah.com elucidates, ‘Though it is usually thought of as a grain, buckwheat is actually the seed of a broadleaf plant related to rhubarb. While it is not a true grain, it is used like one in cooking, and it surpasses rice, wheat and corn on almost every measure of healthfulness (including the fact that rice, wheat, and corn are high on the glycemic scale unlike Buckwheat). The triangular seeds, known as buckwheat groats, are frequently made into flour for use in noodles, crepes, and many gluten-free products. For those on a raw food diet, raw buckwheat groats is used in many recipes for things like granola, cookies, cakes, crackers, and other bread-like products. Buckwheat is a good binding agent and, when soaked, becomes very gelatinous. Soaking, rinsing, and re-drying the groats produces a crunchy buckwheat crispy and yummy.

Hulled buckwheat kernels (called groats) are pale tan-to-green, while the roasted buckwheat groats known as kasha—a staple food in Eastern Europe—are dark brown with a nutty flavor. Kasha is often steamed in a stock with onions, olive oil and fresh parsley, and you can combine equal parts plain buckwheat groats and oats, and cook the mix to enjoy as a hot breakfast cereal topped with berries. Buckwheat has been cultivated for at least 1,000 years in China, Korea and Japan, where it is often enjoyed in the form of buckwheat “soba” noodles—a form that’s become increasingly popular in the West as a healthy substitute for wheat pasta.

Buckwheat has more protein than rice, wheat, millet or corn and is high in the essential amino acids lysine and arginine, in which major cereal crops are deficient.  As a New York Times article mentions, ‘dark buckwheat flour contains four times as much fiber as whole wheat flour and no gluten.’ Buckwheat is also a very good source of manganese and a good source of magnesium

Apart from Wikipedia, I found the following links very useful in my research:

Also, check out Whole Grain Council for some awesome pictures of the various forms of Buckwheat. 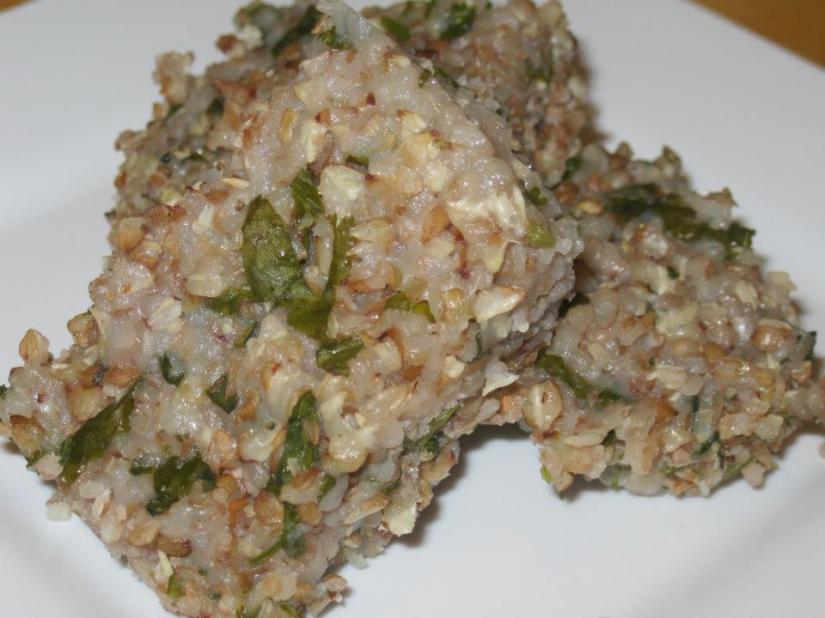 And, now for Savory Buckwheat Pancakes

View all posts by Anu Rao

This is not a medical site. Please talk to your allergist on how to best manage allergies. The views expressed here are mine alone.
Loading Comments...
%d bloggers like this: